In the prehistoric settlement of Dikili Tash were discovered the oldest samples of wine that were ever recorded in Europe. The samples date back to 4200 BC and reverse existing data regarding the way of living during the Neolithic period. 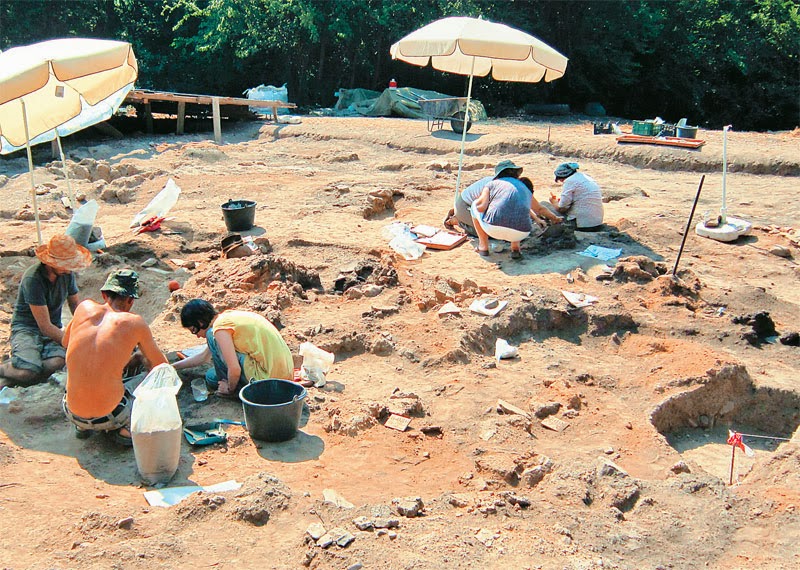 The prehistoric site of Dikili Tash is located south east of Drama in Eastern Macedonia, Greece. It lies approximately 2 km from the ruins of the ancient city of Philippi and within the limits of the modern town of Krinides (Municipality of Kavala).

“It is an impressive and important discovery,” the archaeologist of the 17th Ephorate of Prehistoric and Classical Antiquities and co-director of the excavations at Dikili Tash Dimitra Malamidou told dimokratianews.gr. She explained that, “During the excavations that took place in a house on the archaeological site, called House 1, quantities of carbonized grape berries that had been pressed were discovered in pots, a fact which proves the extraction of juice from grapes.”

“So far, we knew that people drank wine in the Bronze Age (from the 12th century B.C. henceforth), but now we learn that the wine-making process was known long before that Age, since 4200 BC,” Malamidou stated. Based on the new findings occur new data regarding the consumption of wine, as well as the social groups of the Neolithic period.

For more information about the site in Modern Greek click here.