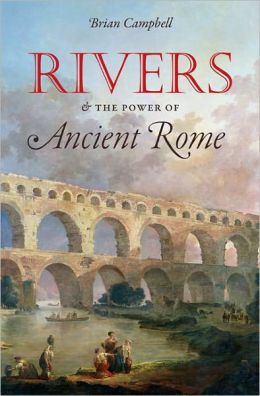 An Empire of Rivers

Classical scholars have long owed us a historico-ecological or historico-geographical survey of the Roman Empire. Now, Brian Campbell, Professor at Queen’s University in Belfast, has come forward with a book of nearly 600 pages in which—in his own words—he “put the rivers on the map of ancient Rome.” Nevertheless, he is not without predecessors in this work, given that Sylvia Mary Haslam (University of Cambridge), one of the most renowned experts of the ecology of wetlands today, published a holistic river history a little more than a decade ago (The Historic River: Rivers and Culture down the Ages, Cambridge, Cobden of Cambridge Press, 1999). Campbell undertook to collect all data regarding rivers exclusively from the Roman point of view.

The author attempted to approach his topic from all possible aspects: geography, ecology, economy, military history, law, religion, and even public health, and he did so providing an enormous amount of notes (pp. 393-506), and an exhaustive bibliography (pp. 507-58), supplemented with twenty fine maps and b/w photos. Campbell’s volume is divided into ten chapters. The first two chapters address geographical questions; the third one covers juridical issues, where the legal regulation on the riverbanks is treated in particular detail. The fourth chapter focuses on the role of rivers in literature, religion, and arts. The fifth one discusses military issues: tactics, logistics, fleets and naval bases, as well as river frontiers. The sixth chapter investigates the economic role of rivers, including navigability, types of river boats, roads, bridges, channels, dams, water mills, irrigation, wetlands—at this point, quite frankly, the brief survey on aqueducts seems to be out of place to me (pp. 235-9). The seventh and eighth chapters are about the moving of goods on the rivers of Spain, Gaul, and Britain, on the Rhine, and the Danube, as well as the commerce on the rivers of Italy and the Roman East (see below). Chapter nine (“Healing waters: rivers, springs, relaxation, and health”) seems to me a little bit constrained, although in antiquity people indeed attributed healing power to some rivers. It is surprising that fishing is mentioned only among the pleasures and leisures of rivers (pp. 335-7), as this important topic would rather belong to chapter six (“Exploiting rivers”). Campbell mentions fishing activity solely along the Rhine and the Maine (p. 289), all of his other data regarding fishery and the production of garum are related to the seas instead of rivers. It is all the more interesting as we are aware that riverine fishing and riverine fisheries were economically important, and certain types of fish caught in the Nile were even exported (Reese et al. 1986; Waelkens et al. 2004). The rich literary heritage of Greco-Roman halieutics might have been worth mentioning.

In the western half of the Roman Empire rivers are discussed by provinces. As regards Spain, Campbell offers a fair synthesis of well-known historical, economic, and ecological data (pp. 247-62). This is also the case for Gaul (pp. 263-79): in this section the author rightfully emphasizes the economic role of the corpora naviculariorum (p. 267), although he failed to mention that their history was treated as early as in 1876 by Henri Pigonneau (cf. De Salvo 1999). He could also have noted that the navicularii in Arlete (Arles) operated trade units not only in Portus/Ostia but also as far as in Beirut, as attested in an inscription dated to 201 C.E. (CIL III 14165 = ILS 6987, cf. Rey-Coquais 1993). As regards the ports of the Rhône—which Campbell rightly calls the “queen of the rivers of Gaul”—it would have been useful to mention the results of a conference held in 2001 in Valencia on this very topic (Berlanga–Ballester 2003). It is indeed important to notice in connection with the Rhine that it had bridgeheads and ferries towards “Free Germany”, viz. the Barbaricum (pp. 279-89), although it difficult to see why Campbell did not point out the same concerning the Danube too. Although Campbell stresses that the Danube was the main artery in the east–western commerce of the Roman Empire between the Alps and the Black Sea, rarely does he provide historical facts on this issue. He does not as much as notice the comprehensive archaeological survey by John J. Wilkes (UCLA) (Wilkes 2005), not to mention the Austrian, Hungarian or Rumanian scholarly literature. The economic centrality of Aquileia—quoting Strabo’s Geography— is rightly emphasized, but readers will not learn that one of the most thoroughly excavated river ports can be found just in the same city (Franzot 1999). The most unfortunate shortcoming of Campbell’s volume is the author’s failure to mention Trajan’s famous stone-bridge on the Lower Danube which was among the most remarkable achievements of ancient engineering (cf. Cassius Dio LXVIII. 13; Serban 2009). The author treats the river-ports of Rome and the sea-port of Portus/Ostia (p. 316) briefly, but he does not refer to the channel made by Trajan between the Tiber and the port of Portus (fossa Traiana). As regards the Eastern provinces, Campbell rightfully emphasizes the role of Maeander (Büyük Menderes) in the history and economy of Asia Minor (pp. 321-6), on which a comprehensive monograph has also been published (Thonemann 2011). It is not clear, however, why the rivers of Tigris and Euphrates are only treated in a nutshell (p. 326). Both rivers were extensively used by Palmyrean, Persian, Nabatean, and Jewish merchants to carry export and import goods between the Mediterranean ports and across the Persian Gulf as far as India. Though, to the best of my knowledge, no comprehensive monograph has been written on navigation on the Nile, I still feel this significant topic is somewhat underrated by the single page this book dedicates to it (pp. 326-7). In fact, besides the Rhône and the Danube the River Nile was the most important waterway in the territory of the Roman Empire (cf. Said 1993; Khalil 2011). Not only was it so because—according to the well-known dictum of Herodotus—the whole of Egypt was the “gift of the Nile” (by the way, I cannot imagine why nilometers are not noted), but also because trading with India was chiefly carried out through this waterway.

Brian Campbell’s voluminous book, the Rivers and the Power of Ancient Rome—in spite of its imperfections—provides a fair exposition on the “historical hydrology” of the Roman Empire. We recommend it with good heart to all of those who are interested in the geography, as well as the general, cultural, and economic history of the Roman Empire. 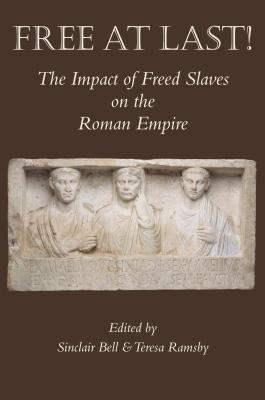 Reviewed by Susan A. Curry (University of New Hampshire) at the Bryn Mawr Classical Review.

Reviewed by Mantha Zarmakoupi (The Center for Hellenic Studies) at the Bryn Mawr Classical Review. 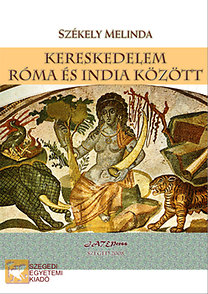