The excavation of Drumclay Crannog in County Fermanagh, Ulster, has gotten one last week-long extension. The dig has proven to be such a vast historical bonanza — more than 4000 artifacts and remains from a thousand years of habitation have been unearthed — that the original six week dig which started in June of 2012 has been repeatedly extended, in large part thanks to the huge public outcry over such a rare piece of Irish history being destroyed to build a road. 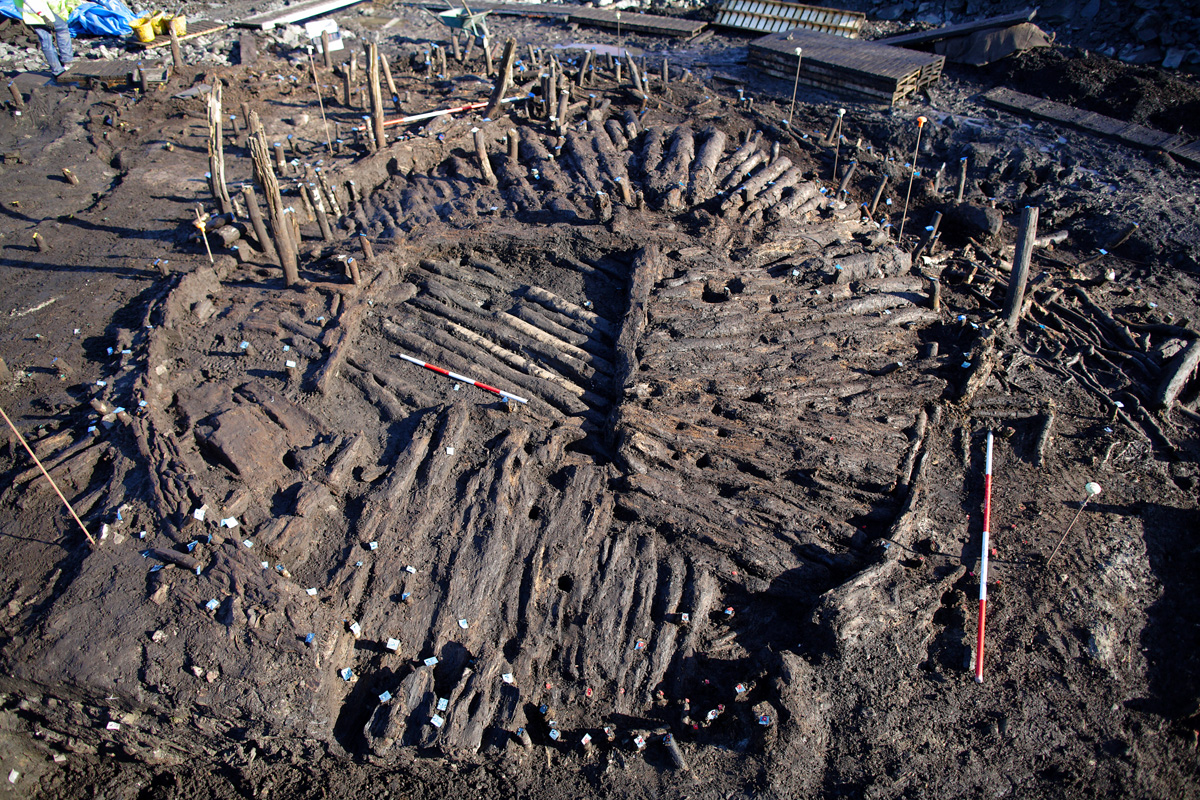 It looks like this is really the last reprieve the site will receive. Archaeologists will continue to excavate the man-made island through the Easter holidays, but after that the boom will lower.

A spokesperson for the Department for Regional Development (DRD) said: “DRD continues to work with Northern Ireland Environment Agency to resolve the archaeological excavation.

“Whilst the minister has agreed to allow the crannog excavation to continue for a further week over the Easter holidays, we do not wish to see any further extensions as it is essential that this road is open in advance of the G8 summit in June.”

The 39th G8 summit will be held at the Lough Erne Resort in County Fermanagh and according to the DRD, they really need a new road to transport all those dignitaries to their five-star hotel and golf resort which is surrounded by water making it conveniently hard for protesters to congregate. The Carntogher Community Association, which has started a Change.org petition asking Environment Minister Atwood to give archaeologists all the time they need, thinks that’s a flimsy rationale for destroying history. According to them, chances are slim the G8 ministers will even use the road to get to the resort.

People who are not in the DRD think the priority should be excavating the crannog down to the last speck of archaeological evidence. According to archaeologist Nora Bermingham, Drumclay is unlike any other discovered. Instead of the usual two to five houses commonly found on crannogs, almost 30 have been discovered on Drumclay. That makes it more of a lake settlement than a crannog as they’re usually defined. There is evidence of habitation going as far back as the 7th century through to the 17th, and the ancient royal line of the Fermanagh Maguires may have had a presence on the island.

The early work on the road damaged the site irretrievably, draining the water and possibly destroying as much as half of the crannog before that initial dig began. Even if the road were diverted to avoid paving over archaeological paradise, the crannog’s odds of survival under current conditions are slim. That’s why archaeologists need to be allowed to dig all the way down to the earliest layer so they can get as much information from the site before it’s too late.