Scientists want to study samples of the world’s oldest wine, currently on display at the Historical Museum of the Palatinate in the western German city of Speyer. There’s just one problem: everyone’s afraid to open the bottle. 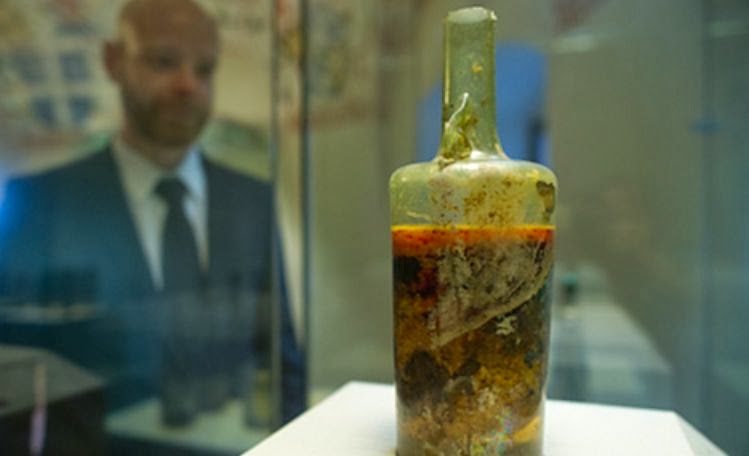 The glass bottle, thought to be at least 1,650 years old, was found in a Roman grave near Speyer in 1867 and put on display at the museum. Since then, it’s been handled extremely carefully, and been on display in the exact same spot in the museum for 100 years.

Museum directors fear that a moment's carelessness could shatter the bottle, destroying its priceless content. Though scientists would like to test it to figure out exactly how old the wine is and where it comes from, as well as perhaps seeing how it tastes – cracking it open is out of the question.

“It’s not clear what would happen if air gets into the wine,” said Ludger Tekampe, who heads the department responsible for storing it.

There’s also the danger that, after all this time, it could have become poisonous, although scientists suspect the alcohol would not be dangerous, but just taste disgusting.

In any event, the ultra-old wine has survived a lot, including ancient drinkers, handling on its way to the museum, and two world wars, with nary a problem.

Tekampe said he hasn’t observed any changes in the wine or its container in his 25 years at the museum, the bottle appears to have been carefully constructed by the Romans to prevent the wine from decomposing.

Still he’s the only one who handles the bottle. Everyone else is just too afraid.

“I held the bottle in my hand twice during renovations. It was a strange feeling,” Tekampe said.