2013.09.21 20:30
Scientists from Greece and the US believe they are close to tracing the wood from which ancient triremes were made.  The scientists are searching in Pieria (one of the regional units of Greece, located in the southern part of Macedonia, in the Region of Central Macedonia) for the Macedonian fir and the pine tree of Olympus and Pieria, locally known as “liacha.” 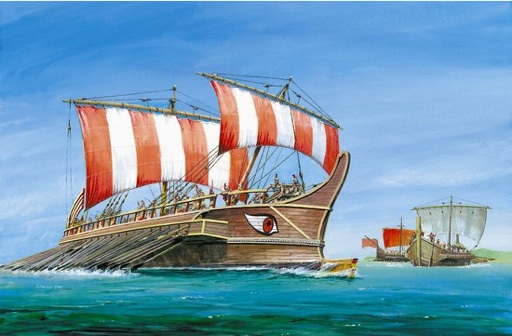 According to Aristotle’s successor Theophrastus, this tree was used for the laborious process of constructing paddles and ships. Prints on the earth of this particular kind of wood, which has no knots but great resistance to salt water, were discovered during the archaeological excavations that started in 2003 in Methoni of Pieria.

This fact, after the announcement of the results of the findings at a scientific conference that took place in Thessaloniki in 2011, mobilized scientists from different sectors in Greece, Los Angeles in the USA, Britain and Ireland, who have ever since been working together to discover pure pieces of wood from the 8th century at the excavation site in Methoni that will continue its work in 2014.

“At this moment a big cooperation is in process, which started at the end of 2011 between the 27th Ephorate of Prehistoric and Classic Antiquities, which is based in the capital of Pieria, Katerini, the Aristotle University of Thessaloniki (AUTH) and the Archaeology Department of the University of California, Los Angeles (UCLA),” the President of the Philology Department of AUTH, Ioannis Tzifopoulos, explained.

He also explained that on the American side, the Greek-American professor John Papadopoulos, who for many years has led excavations in Toroni of Chalkidiki, in Epirus, as well as in Albania, shows particular interest in the object of the excavations in Methoni of Pieria.